This was a letter sent by Major Arthur Nixon Booker, Director of Harry N Booker Ltd to Donald Booker – no relation – Editor of the Barnsley Chronicle just prior to the showroom release on January 4th of the Morris Minor Million edition. No mention of it being lilac!

The accompanying page – The Greatest British Made Seller in any Class – seems to be the ‘press release’ prepared by the garage to go with the invitation.

Major Nixon Booker, later Nixon, was the father of Victoria Nixon, now my wife, who was recently sent the pages by a friend in Barnsley who was given copies by Donald Booker himself, who is now a freelance motoring writer.

THIS WAS KINDLY SENT IN TO US BY MICHAEL AND VICTORIA 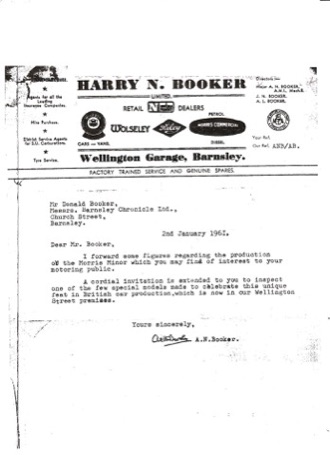 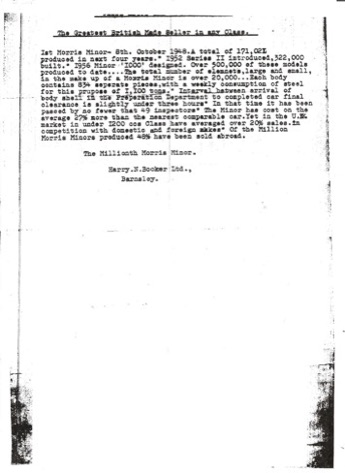