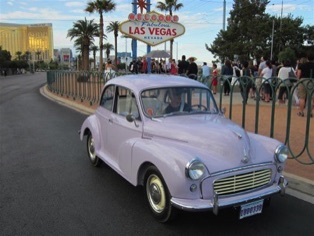 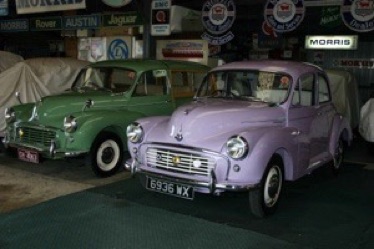 on such a wonderful restoration, visit 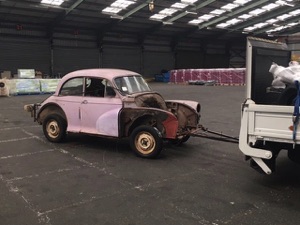 PETER FRAZER OF WELLINGTON FINALLY IMPORTS A CAR WHICH HE 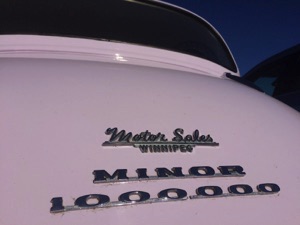 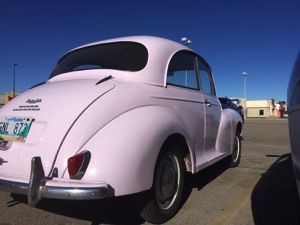 We bought a farmhouse with a large hall where all the cars could fit. Here I was able to house my car collection, which consisted of 74 Morris Cars. This collection was reduced to 34 cars via sales to a variety of DIY people. I kept one model of each vintage a two-door cars from 1949 when Morris Minor came to Denmark to the ending in 1971. The last 1970 models were first sold in 1971 therefore the model from 1971

The collection also includes a Pick-Up from 1970, a Van model 1971, a Convertible from 1959, which my wife Ruthy has been driving since 1981. It has now driven 130000 km. Additional the collection consists of a Traveller (timber-framing model, a Danish characteristics), a Danish built van called a DOMI VAN (Danish Overseas Motor Industry) and a four-door passenger car from 1953.

In 2002 we bought our dear Million-model 1000320 from the UK  and s completely restored and almost fully assembled. We aim to be driving it this summer 2015

William Pick (my grandfather) purchased Morris Minor Million #249 in 1961 in (near) Barrow-in-Furness with a registration of GEO-470. Harriet Pick (my grandmother); a maths teacher, drove the car for a few years to school. Around 1963 my Grandparents wanted to caravan, and the 38hp engine was just not strong enough to pull a caravan. They ended up selling the minor to Joan Pick (my aunt) in 1963. She moved to London (croydon) in the mid 60's  and she drove it until 1972. Joan had a degree in maths & physics from Bristol, and was a member of Mensa.

In 1972 Joan was working as a partner in a consultancy company; consulting on everything from improving factory processes to editing children's science books. She had a task to do some work for an energy company, and determined that fossil fuels were being treated as infinite resources, and they were limited, and needed to be conserved. To educate business people who may not understand scientific terms, she started working on 'The Earth Enterprise Project' in February 1972.

She decided to show the world how much could be conserved if one tried, so she swore off motorized transportation in 1972, and parked her Million in the garage of her flat.  She stopped using hot water and heat. Used a single lightbulb and heated one pot of tea a day, and used the left over hot water for a daily sponge bath. She bicycled around, and started running. She averaged 10 miles a day Monday-Saturday and 25 miles each Sunday.  She did this from 1972 until a year before she passed away in 2017 from complications of esophageal cancer.

In the late 80's early 90's the car was vandalized in the garage as there was no security door on the parking garage. The windows were broken out, seat covers cut and slashed, and the boot kicked in. I found a copy of a letter in the 90s to the Morris Minor Million Registry stating something to the effect of 'I can't bring myself to even look at the car anymore, I have her now covered her in a tarp'. Which is how I found #249 last spring when Joan passed away.

After finding the letter stating her not being able to look at the car, I knew I had to restore her back to her full restored state, and it was more of a family heirloom than a collectible car. I started by getting the tires replaced, brakes freed, and given the car a quick wash and clean up all the broken glass and torn up carpet (apparently foxes and mice made it home over the years). The idea was to ship it back to the United States (where I live) and have her restored here.. That was until I got the cost estimate just to get her running.  I then reached out to the Million Registry and was put on to Charles Ware, and I arranged for them to pickup the car, and quote me to fix her.

That was last year, and July 3rd she arrived in Seattle Washington where I was able to pick her up and bring her back home to the 3rd generation of Picks to take care of her.

The following day was Independence Day, and the island where we live has a parade and car show. I figured I would bring her to the car show, and hopefully do well in the British Car award - Tea and Crumpets award.  Apparently they have it set so each car can only win one award, #249 Won the Peoples choice award (best of show!) and from a chat with a judge actually had the most votes for the Tea & Crumpets award.

I am thrilled to be part of the Million Family, and we can't wait to share her at other events in the Pacific North West, and driving her around a little on Bainbridge Island in Washington. 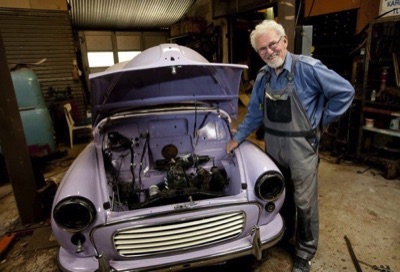 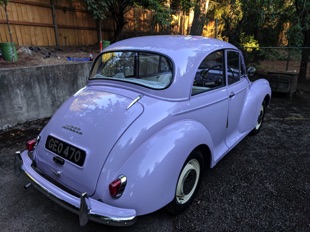 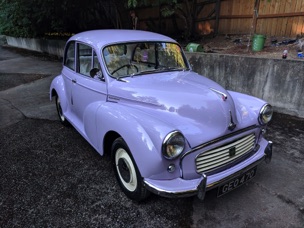 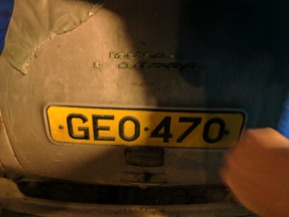 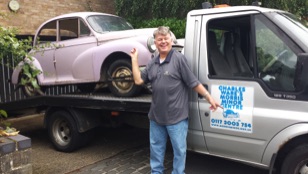